How could I start a Harry Potter blog without ranking every film in the Wizarding World franchise?

Following the massively popular novels by J.K. Rowling, the Harry Potter film franchise found success that nobody could have expected (except everyone that read the books), becoming the third most successful Hollywood franchise of all-time. For the first official post on this blog, I figured it would be a good idea to re-examine the Harry Potter franchise, including the Fantastic Beasts movies, and rank every instalment from worst to best. I’m sure you can imagine how difficult I found this task, given the fact that I have a blog entirely devoted to the Wizarding World, but worry not, I managed to get the job done (rather well I might add) and you can check out my full and honest ranking of the Harry Potter franchise below.

10. Harry Potter and the Chamber of Secrets 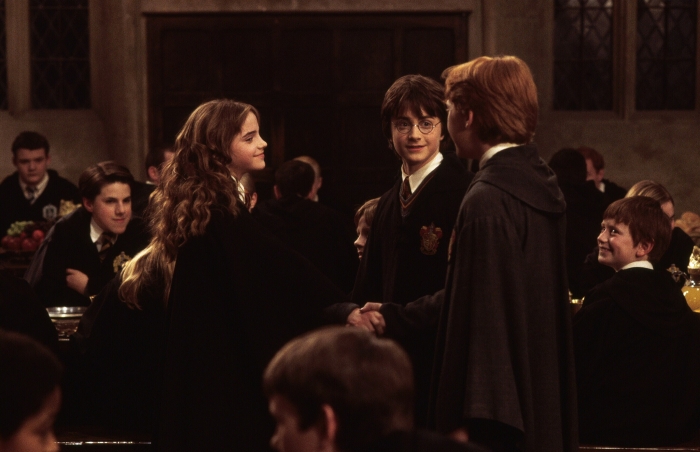 Harry’s second year at Hogwarts School of Witchcraft and Wizardry is packed full of mystery, beautiful visuals and a few terrifying beasts, but when it comes to the story, The Chamber of Secrets is undoubtedly the weakest film in the franchise. That’s not to say that the story is terrible, in fact, I would argue that J.K. Rowling’s story is just too detailed for this kind of adaptation. Chris Columbus made the mistake of trying to fit every small detail from the book into the movie, which resulted in an overly long, drawn-out and at times, boring film. With that said, there’s still plenty to love about Harry Potter and the Chamber of Secrets, especially when you’re bingeing the entire series. Chris Columbus did a fantastic job of maintaining the wondrous and magical tone of the first film, we meet some intriguing and exciting new characters (Dobby!!), and the film delves further into the Wizarding World in a natural and exciting way.

9. Fantastic Beasts: The Crimes of Grindelwald 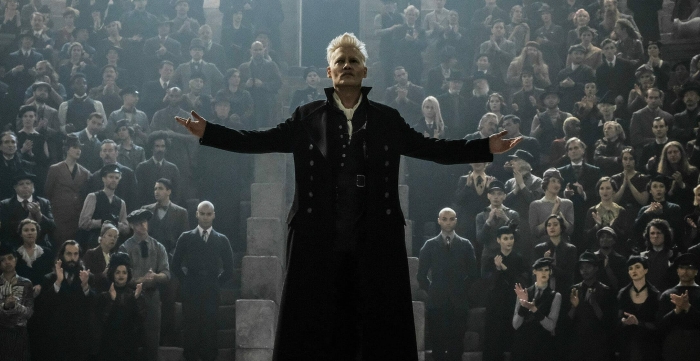 The second film in the Fantastic Beasts series takes the Wizarding World in a surprisingly dark direction, giving us a layered, mysterious and shocking adventure. We get to see entirely new sides of the Wizarding World, we’re introduced to exciting new characters, there are a few mind-blowing twists, and we finally get to go home to Hogwarts, which is what every Harry Potter fan has been waiting for. David Yates does a great job of introducing the villainous Gellert Grindelwald, and Jude Law’s younger version of Albus Dumbledore is a treat for all the fans that love that character. Just like some of the earlier Harry Potter films, however, Fantastic Beasts: The Crimes of Grindelwald struggles to balance the different plots and subplots, and David Yates only partially succeeds in introducing new and exciting characters into this expanding story.

8. Harry Potter and the Philosopher’s Stone

The first adventure in J.K. Rowling’s Wizarding World is charming, heartwarming and endlessly fun, but when you compare it to the later films in the series, it becomes clear that it’s far from the best film in the franchise. The Philosopher’s Stone suffers from a lot of the same issues as The Chamber of Secrets. The story feels overly dragged out, almost to the point where the narrative is playing second fiddle to the world building, and some of the child acting is notably iffy. However, Chris Columbus does such a great job of introducing the Wizarding World and filling the film with stunning visuals, a top-notch cast and some truly epic moments, that it becomes hard to care about the aspects of The Philosopher’s Stone that don’t really work.

7. Harry Potter and the Goblet of Fire

Harry Potter and the Goblet of Fire is a dark, thrilling and thoroughly entertaining chapter of this epic story. Picking up where Alfonso Cuarón left off, director Mike Newell brilliantly blended the darker tone of Prisoner of Azkaban with the more lighthearted and adventurous feel of the earlier movies, while at the same time setting up the future of the franchise by perfectly introducing (in the flesh at least) Ralph Fiennes’ villainous Lord Voldemort. Unfortunately, Mike Newell seems to have really struggled to adapt J.K. Rowling’s book. More than any of the others, this instalment of the franchise feels like it has important pieces missing and it often feels like we’re rushing over important details or sequences. While some of the earlier films could have benefited from a shorter runtime, I don’t doubt that if given more time to tell this story, Mike Newell would have delivered an even better movie.

6. Harry Potter and the Half-Blood Prince

The penultimate chapter of Harry’s story offers plenty of great character moments (Harry and Ginny’s first kiss!!) and delivers the most emotional, heartbreaking and epic third act in the entire series (Dumbledore!!! Why!!). With his second journey into the Wizarding World, David Yates flawlessly balances the fun elements of the story, such as Quidditch and potions class, with the seriousness of Voldemort’s rise and Dumbledore’s depressing fall. It must be said, however, that while the third act is undeniably strong, the rest of the film moves at a very slow pace and when you look at the overall narrative, Harry Potter and the Half-Blood Prince acts as little more than a set-up for the final two movies in the series.

5. Fantastic Beasts and Where to Find Them

While I was initially sceptical about a Harry Potter prequel series, Fantastic Beasts and Where to Find Them delivered enough charm, magic and adorable creatures (Niffler!) to win me over. The first film in the Fantastic Beasts franchise managed to introduce Newt Scamander and the core group of characters, while simultaneously setting up an all-new story and revealing a new corner of the Wizarding World. With that said, Fantastic Beasts and Where to Find Them does hit a few roadblocks in its journey to set up a new franchise. Most notably, David Yates struggles to balance the different tones and different sides of the story. The film doesn’t know whether it wants to be a fun adventure movie or a dark wizarding adventure.

4. Harry Potter and the Order of the Phoenix

Harry Potter and the Order of the Phoenix is an action-packed, emotional and exhilarating instalment of the franchise. With his first film in the series, David Yates took the characters in exciting new directions, explored new areas of the Wizarding World and added more depth to the story. While there’s still loads of fun to be had with The Order of the Phoenix, the film delves further into the darker side of the franchise and begins to set the stage for the final act of this epic story. Voldemort is out there, the battle has finally started (in grand fashion I might add), and the stakes have been raised for every character in the series (Sirius!! NOOO!).

3. Harry Potter and the Prisoner of Azkaban

The third film in the series was the first to feature a new director and thanks to Alfonso Cuaron’s unique visual style, his ability to tell a well-focused story and his more serious approach to the Wizarding World, we got an all-around great movie that expanded the story and introduced new characters (Lupin! Sirius! Dementors!). With Prisoner of Azkaban, the series grew up and started to take itself seriously, and in terms of storytelling, the standalone format for Prisoner of Azkaban really worked. It didn’t feel like the same thing repeated. It was a fresh story, there was no Voldemort (although you could certainly still feel his presence), and we learned some fascinating new things about the Wizarding World.

Harry Potter and the Deathly Hallows – Part 1 is often criticised for being all set-up and no payoff, but after six films and years of storytelling, it was refreshing to see a scaled back, raw and personal adventure in the Wizarding World. We spent so much time watching Harry, Ron and Hermione grow up, but we never stopped to examine how they’ve changed, and that’s precisely what this movie does. It takes a hard look at who these characters are, how they’ve grown, and it lets us know who they are as adults. David Yates brilliantly gives the audience a sense of the danger that Harry, Ron and Hermione are in. It felt like they were the only three people in the world that could stop Voldemort and the film made you feel this immense pressure and weight that was on each of their shoulders.

There’s always a certain amount of fear that comes with the final instalment of a franchise you love, but with Harry Potter and the Deathly Hallows – Part 2 we get a solid, emotional and satisfying conclusion to this epic story. After seven movies and a decade of anticipation, we finally get the showdown between Harry and Voldemort, which was more than worth the wait and somehow, David Yates was able to deliver a final chapter that lived up to and went well beyond everybody’s expectations. Every character gets a moment to shine, we get answers to questions we had a decade earlier, there are some jaw-dropping action sequences and they really just put everything into delivering a worthy conclusion to this story, and it really was an emotional, powerful and exhilarating end to this one of a kind story.

So there you have it, my full and honest ranking of the Harry Potter franchise! Since this is the internet, I’m guessing you have an opinion, and I can safely assume that you’re ranking looks completely different than mine. If that’s the case, let me know how you’d rank the Wizarding World franchise in the comments section below!

I hate to be that guy, but if you enjoyed this ranking, it would be really, really awesome if you subscribed to this blog and followed us on Facebook, Twitter and Instagram. If you’re interested, you can also read my full ranking of J.K. Rowling’s seven Harry Potter books.

Published by The Blog That Must Not Be Named

The Muggle Worlds No.1 Harry Potter Fan Blog View all posts by The Blog That Must Not Be Named

Follow The Blog That Must Not Be Named on WordPress.com