The Harry Potter series may be full of wonder and magic, but there’s plenty of darkness lurking beneath the surface!

Despite the fact that Harry Potter was initially targeted towards children and young adults, death played a significant role throughout the series. From the death of his parents at the beginning of the story to some heartbreaking losses he encountered at Hogwarts, young Harry Potter was seemingly followed by death on a daily basis.

Over the course of the seven books and eight movies, fans were forced to say goodbye to characters they had grown to love, but which shocking character death was the saddest? For our latest post on The Blog That Must Not be Named, we’re looking at each major character death and ranking them to find out which is the most devastating.

Check out our ranking below:

While Mad-Eye Moody was actually Bart Crouch Jr. for a large chunk of his time in the series, it was still heartbreaking to say goodbye to the character in The Deathly Hallows!

Mad-Eye met his fate during the Battle of the Seven Potters, when he and other members of the Order of the Phoenix attempted to smuggle Harry out of Privet Drive. While Harry and the others attempted to escape, Mad-Eye was being chased by Voldemort and the Dark Lord hit the former Auror with a killing curse.

When it comes to the saddest deaths that the Harry Potter series has to offer, it’s impossible to ignore the loss of Harry’s beloved pet owl, Hedwig!

In the book version of Harry Potter And The Deathly Hallows, Hedwig is accidentally hit with a curse during the action-packed broomstick chase. In David Yates’ film adaptation, however, Hedwig’s death is far more heroic. In an attempt to give Harry and Hagrid a chance to escape, Hedwig flies directly into a Death Eater’s face and pays the ultimate price for her bravery.

Harry Potter And The Deathly Hallows forced us to say goodbye to many of our favourite characters, but the loss of Lupin and Tonks is quite easily one of the most heartbreaking!

The couple, who were among some of the most beloved Harry Potter characters, both died during the Battle of Hogwarts. Lupin was killed by a Death Eater named Antonin Dolohov, who defeated Lupin in a duel, while Tonks was murdered by her own aunt and Voldemort’s right hand, Bellatrix Lestrange.

He may not have been entirely good or entirely evil, but Severus Snape’s death is still one of the Harry Potter series’ saddest moments!

Snape is killed brutally by Lord Voldemort in Harry Potter And The Deathly Hallows, as the Dark Lord believes that Snape is the true master of the Elder Wand. Voldemort commands his pet snake, Nagini, to kill the former Potions Master by biting him in the neck. Of course, Snape’s death is enhanced massively by the revelation that he was, in fact, working alongside Albus Dumbledore as an undercover spy the entire time, and that he loved Harry’s mother until his dying breath.

Cedric Diggory may have only appeared as a central character in one instalment of J.K. Rowling’s Harry Potter series, but the young characters death is easily one of the series’ most heartbreaking!

Cedric, who had proven time and time again that he was a hardworking, loyal and kind young man, was brutally murdered by Wormtail (at the request of Voldemort) in the closing act of Harry Potter And The Goblet Of Fire. Cedric’s horrific death and the emotional cries of his father marked a change in tone for the series, and teased what was to come for some of our favourite characters.

When it comes to the most shocking and devastating character deaths in the Harry Potter series, we’ve got to talk about Albus Dumbledore!

Dumbledore, who was aware that he was already dying and had planned his death with Severus Snape, was murdered at the hands of the Hogwarts Potion Master during the Battle of the Astronomy Tower. Snape hit Dumbledore with a killing curse, murdering the Headmaster and throwing him from the Astronomy Tower.

The fact that Dumbledore was already dying and, in fact, planned his own death lessens the blow a little, but the death of the greatest good wizard is still a traumatic loss.

Fred and George Weasley were the Harry Potter series’ best tool for comedic relief, so J.K. Rowling’s decision to brutally murder Fred Weasley came as a heartbreaking and traumatic shock.

Fred, who was fighting alongside his older brother Percy at the Battle of Hogwarts, was brutally killed by an explosion outside of the Room of Requirement. One of the last things Fred heard was Percy joking about quitting his job at the Ministry, something he hadn’t done since they were younger.

While the death of Fred Weasley is an extremely painful and emotional part of Harry Potter series, it’s comforting to know that he died the way he lived – with a smile on his face.

No character in the Harry Potter series was more adorably innocent and caring than Dobby the House Elf, so it was utterly heartbreaking to see the character sacrifice his life to save Harry Potter once more.

Dobby rescues Harry, Ron, Hermione and other anti-Voldemort fighters from Malfoy Manor, but pays the ultimate price for his bravery. While apparating away from Malfoy Manor to a safe space, Dobby is stabbed and killed by a knife, which was thrown by his former master Bellatrix Lestrange. Dobby dies in the arms of his best friend, Harry Potter, and is buried properly as a free Elf.

If we like to remember anything, it’s that Dobby died a free Elf!

There’s no doubt that all of the deaths on this list are worthy of the top spot, but there’s something about the death of Sirius Black, Harry’s one chance to leave the Dursley’s and find happiness, that makes it infinitely more heartbreaking.

While fighting alongside Harry and the Order of the Phoenix at the Battle of the Department of Mysteries, Sirius was killed by his cousin Belletrix Lestrange. After being hit with an unknown curse (Avada Kedavra in the film), Sirius is knocked into The Veil (a doorway between the land of the living and land of the dead) killing him.

The fact that Sirius spent a large amount of his life behind bars in Azkaban makes his death incredibly more devastating.

Is there a Harry Potter character death that you’re still struggling to deal with? Let us know in the comments section below this post! You can also find The Blog That Must Not Be Named on Facebook, Instagram and Twitter!

Have you heard? The Blog That Must Not Be Named is now working with Geek Gear! Help support our magical team of contributors by clicking the image below, which is our Affiliate link, and checking out what Geek Gear has to offer! 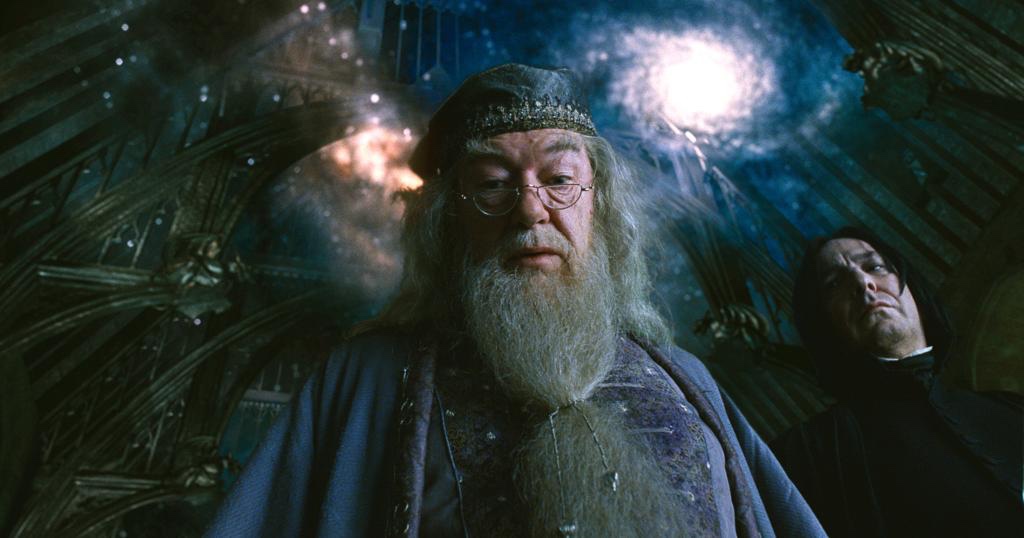