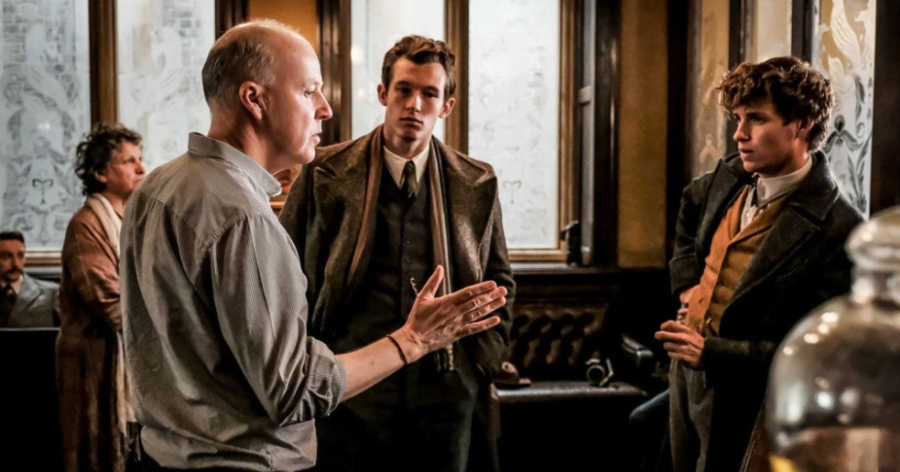 Ahead of the release of her new movie, The World To Come, Katherine Waterston sat down with Collider to talk about the film, and also delved into her role as Tina Goldstein in the Fantastic Beasts franchise.

While talking to Collider, Waterston discussed the surprises that came with joining the Fantastic Beasts franchise:

“I really didn’t know what I was getting into to be honest. I didn’t realise what a different thing a franchise is from a film, you know? The commitment, the duration of the shoot, the duration of the press tours, how much of your year it asks of you. And I think the things that sort of get me through it and really ground me in it are on set when you’re trying to tell the story it feels the same, thank god. Because if that wasn’t the case, I think I would feel completely out of place in that kind of environment because it is a very big machine. But ultimately the job’s, thankfully, still the same which is, can you connect with this person in this quiet moment.”

While David Yates, who directed the first three Fantastic Beasts films as well as four of the Harry Potter movies, has previously expressed his interest in directing every film in the Fantastic Beasts franchise, we haven’t heard anything from the director in quite some time. According to Waterston, however, Yates is still planning on helming all five films in the franchise:

“I think he is meant to direct them all. I think it’s very interesting. He’s worked very closely with J.K. Rowling for a long time and very few people have access to her because she’s quite insulated and so I can’t really imagine how it could work any other way frankly.”

Waterston also revealed that while she has spent some time with Mads Mikkelsen, who recently replaced Johnny Depp in the Fantastic Beasts franchise, she didn’t share any scenes with the actor in the third Fantastic Beasts film:

“You know, I hung out with Mads in Venice. We were there at the same time this summer and I’d never met him before and I had a great time with him. He’s totally lovely. But that was before he was cast – I think that’s right – I think it was just before he was cast and we don’t have anything together in the film so I don’t know what it’s like to work with him unfortunately, but maybe someday we will.”

Are you excited to hear that David Yates is planning to direct all five of the Fantastic Beasts movies? Are you excited to see Katherine Waterston return as Tina Goldstein? Let us know in the comments section below!

Did you hear? The Blog That Must Not Be Named: The Podcast has finally arrived! We just released the first episode of our BRAND-NEW podcast, in which Kieran (founder and editor of this blog) discussing his love of the Harry Potter series and reveals how he was introduced to the Wizarding World. You can listen to the episode by clicking play on the YouTube video below: